What Is the TCF and Who Is It for?

The TCF (Test de Connaissance du Français) is a language certification issued by the French Ministry of Education and operated by France Education International. It is intended for people aged 16 or older, whose mother tongue is not French and who wish to have their level of French assessed.

The Different Versions of the TCF

PrepMyFuture covers all versions of the TCF. When starting the training, you will be able to choose the program of activities corresponding to the TCF you are taking.

TCF sessions are organized throughout the year by approved centers authorized to organize sessions, according to their availability.

The TCF approved center you choose to take your test in will inform you about :

The TCF is composed of three multiple-choice tests (one correct answer per question) and two expression tests. The TCF is an exam scored on a total of 669 points. The score obtained is then associated with the levels of the CEFR scale of the European Framework:

Our online preparation covers all the tests, including course sheets, official mock exams, and practice exercises.

The tests are adapted according to the test chosen. The format of the test always remains the same, but the length of each test may vary (more or less questions depending on the test). The specificities of each test are specified in the table below: 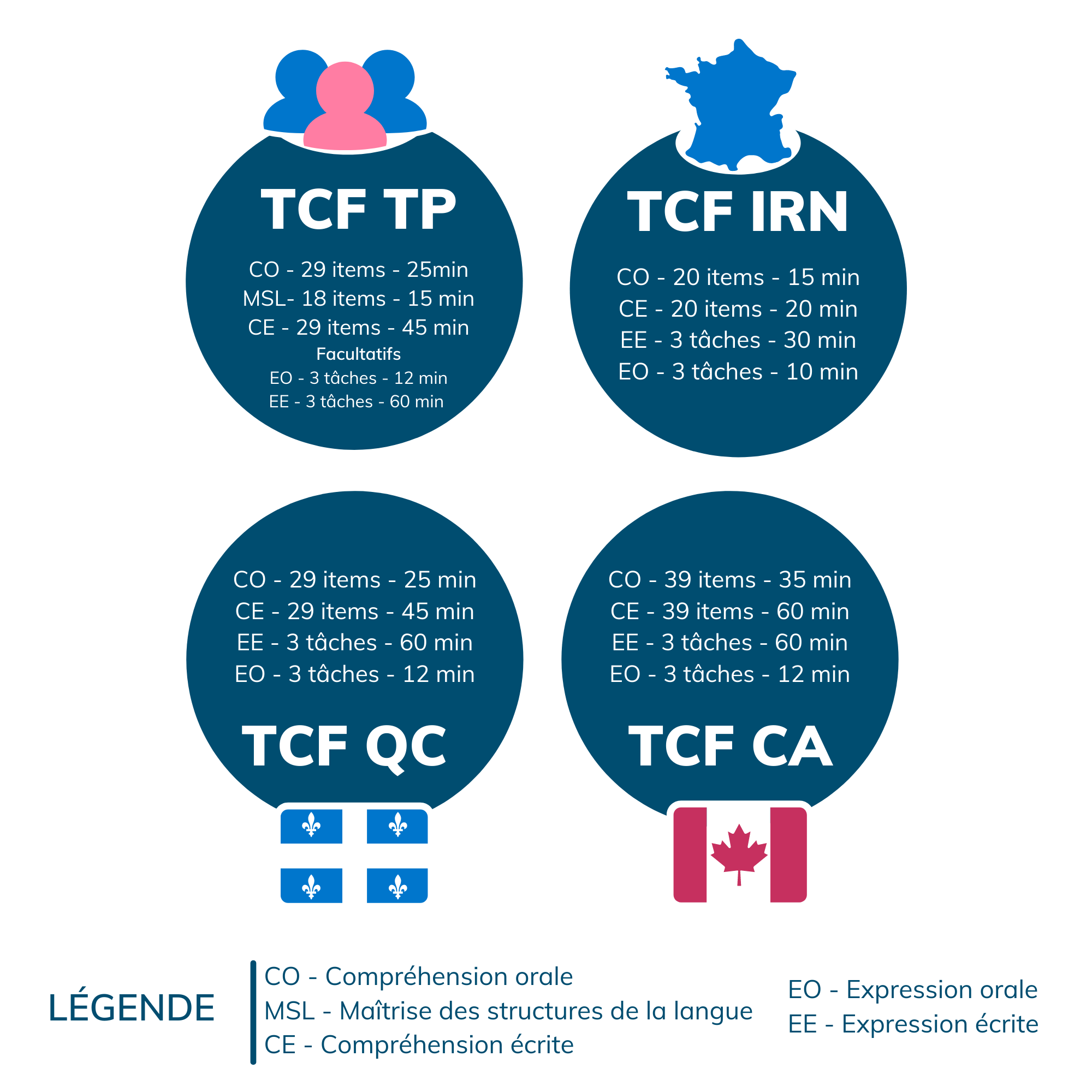 Advantages of our service: 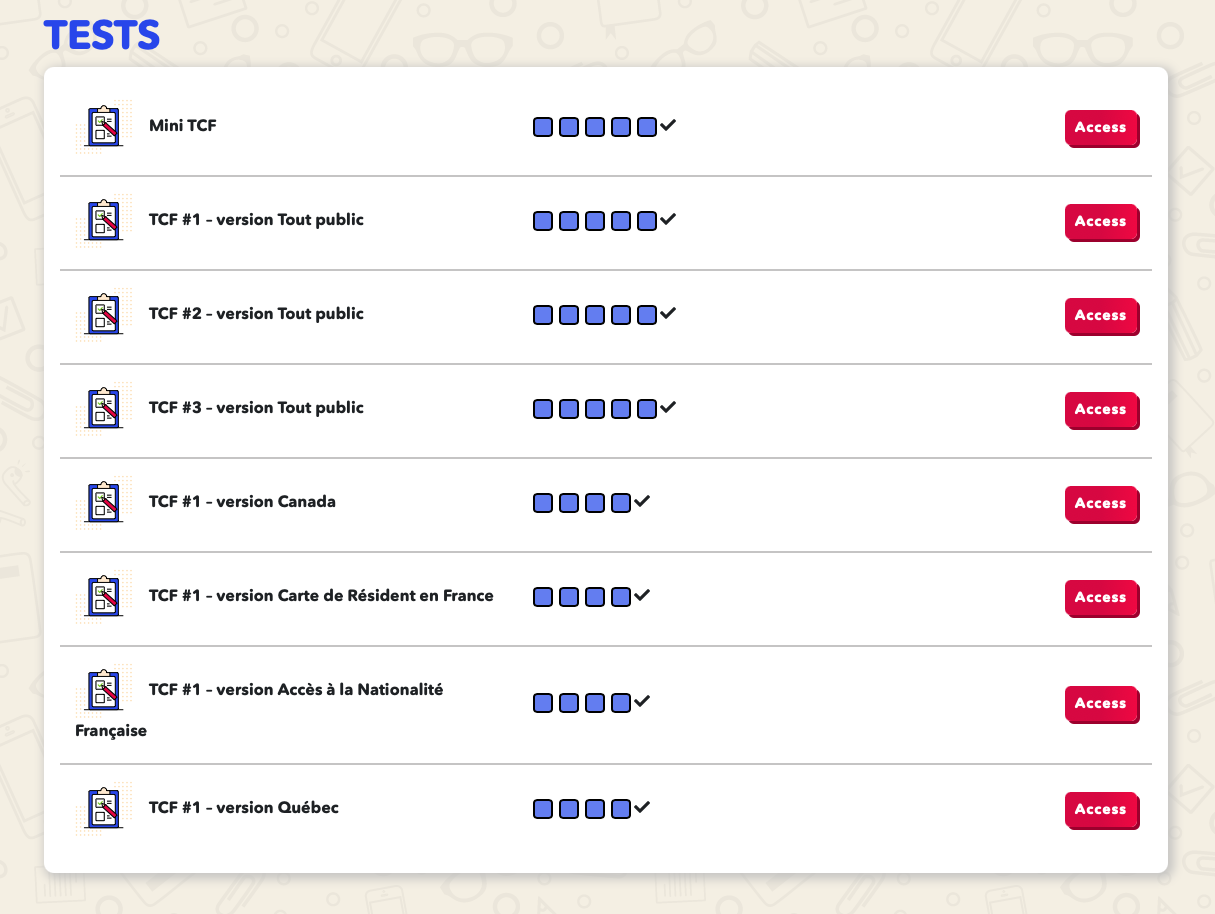 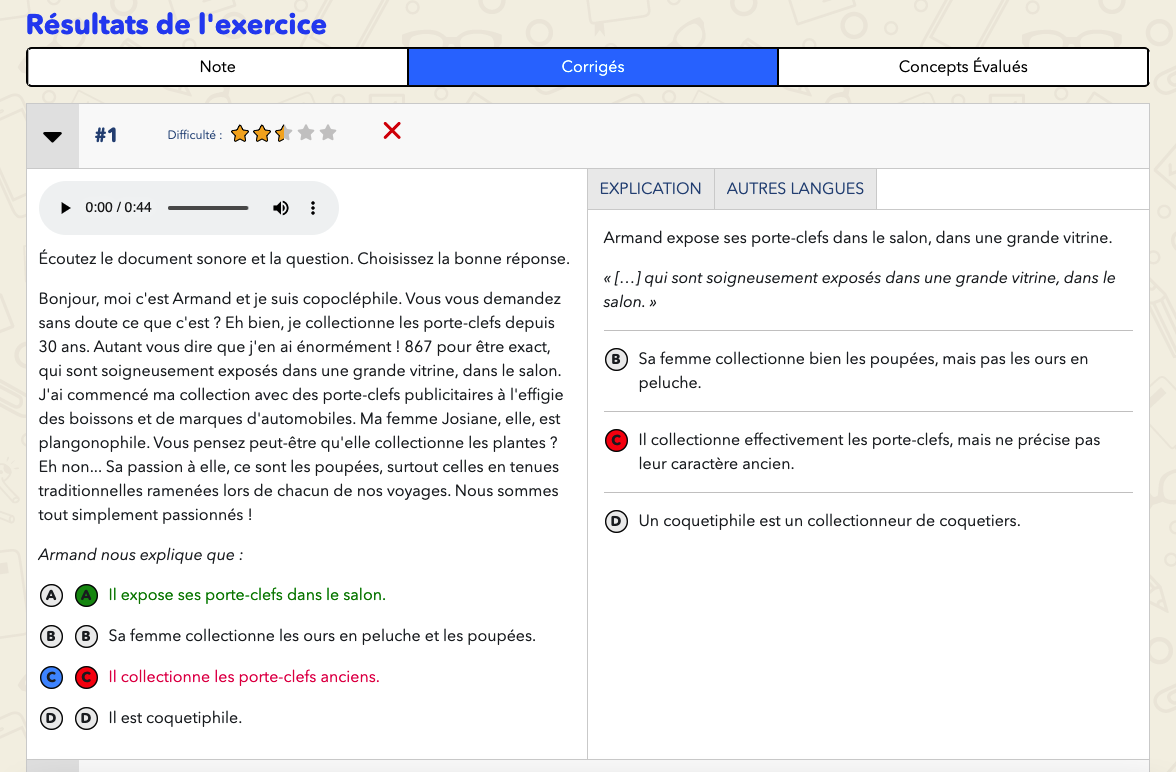 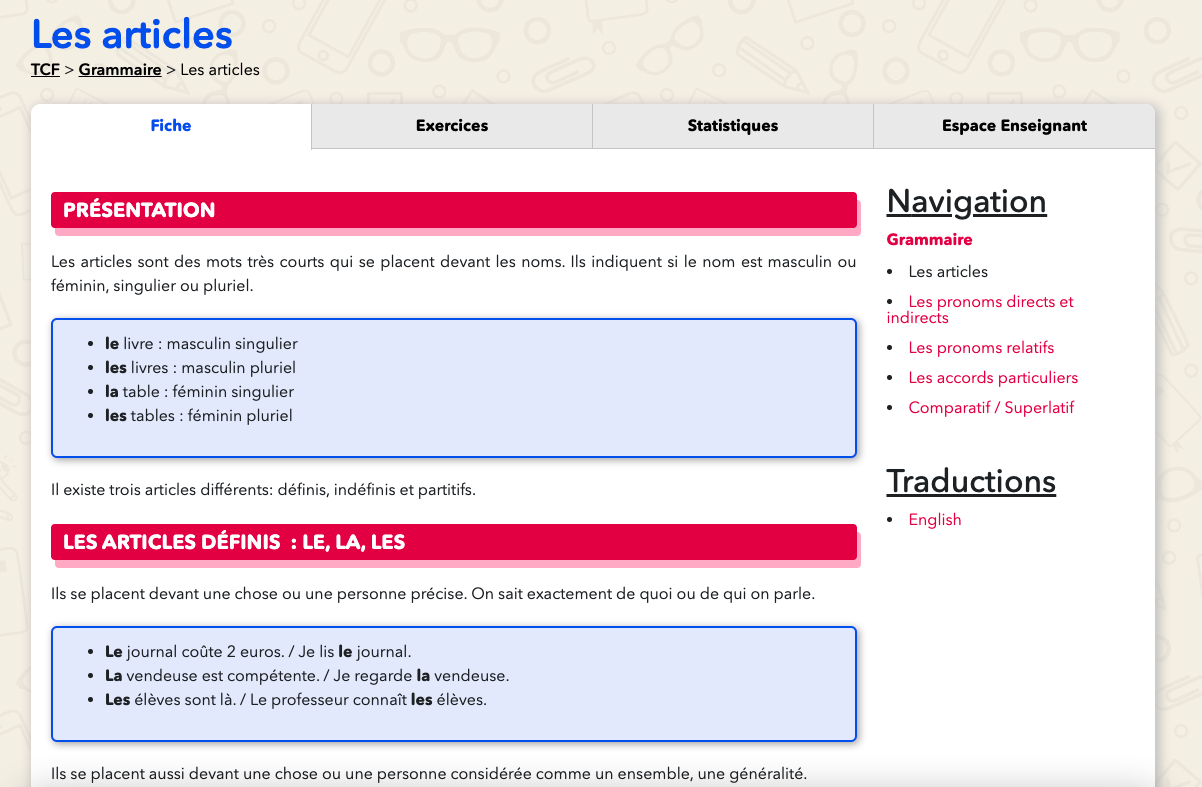 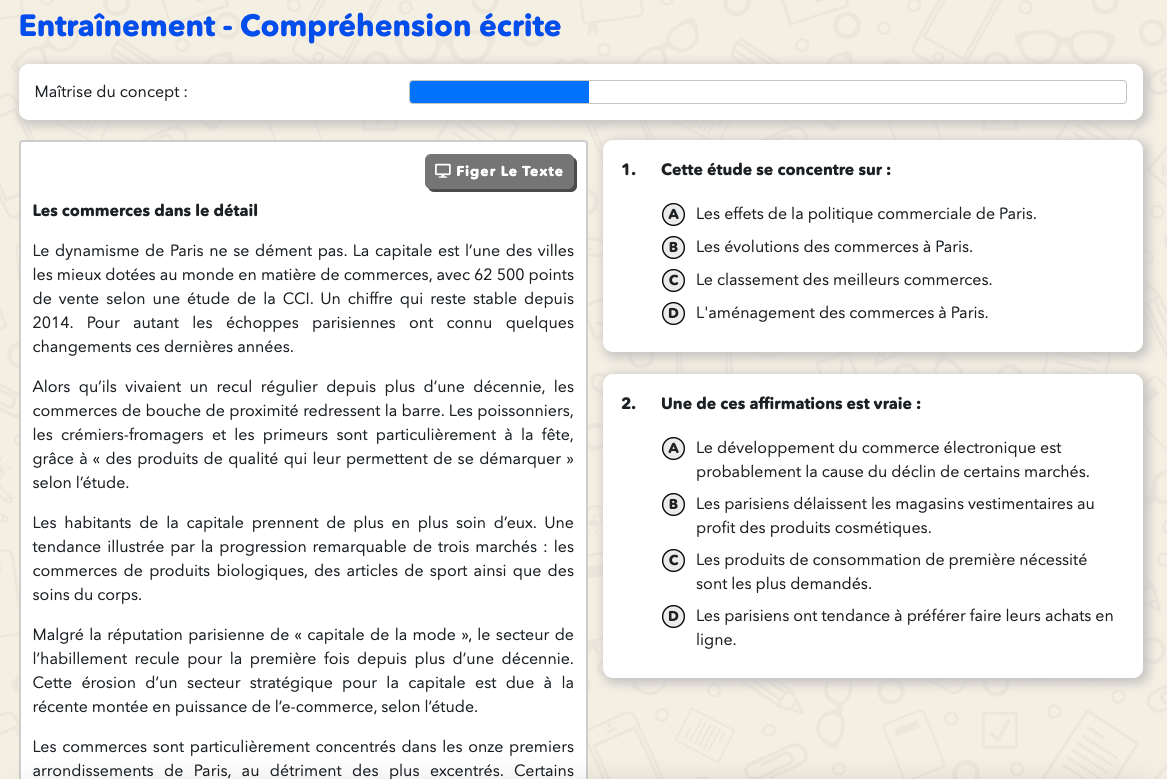 The platform tracks your performance every time you complete an exercise. You can identify your strengths and weaknesses in real time. For each concept, you can practice with questions adapted to your level. This way, the exercises are neither too difficult nor too easy for maximum learning efficiency.

PrepMyFuture has been developing educational materials since 2011. Our users have produced over 121 million exercises on our e-learning. Leading schools (McGill, HEC, l'ESSEC, L'EDHEC, l'EM LYON, etc.) in over 50 countries use our technology to personalize their courses.

To learn more about our offer for education professionals:

PrepMyFuture is used by several hundred schools such as:

The complete online preparation
TCF
39€
one-time payment, no subscription
and unlimited access for 12 months
start your preparation
Satisfied or refunded
Email us until 7 days after your purchase